‘What are we so afraid of?’

Tony Green, on dismissing, denying, contracting and spreading the coronavirus

When President Trump got sick, I had this moment of deja vu back to when I first woke up in the hospital. I know what it’s like to be humiliated by this virus. I used to call it the “scamdemic.” I thought it was an overblown media hoax. I made fun of people for wearing masks. I went all the way down the rabbit hole and fell hard on my own sword, so if you want to hate me or blame me, that’s fine. I’m doing plenty of that myself.Voices from the Pandemic is an oral history of covid-19 and those affected.

The party was my idea. That’s what I can’t get over. Well, I mean, it wasn’t even a party — more like a get-together. There were just six of us, okay? My parents, my partner, and my partner’s parents. We’d been locked down for months at that point in Texas, and the governor had just come out and said small gatherings were probably okay. We’re a close family, and we hadn’t been together in forever. It was finally summer. I thought the worst was behind us. I was like: “Hell, let’s get on with our lives. What are we so afraid of?”

Some people in my family didn’t necessarily share all of my views, but I pushed it. I’ve always been out front with my opinions. I’m gay and I’m conservative, so either way I’m used to going against the grain. I stopped trusting the media for my information when it went hard against Trump in 2016. I got rid of my cable. It’s all opinion anyway, so I’d rather come up with my own. I find a little bit of truth here and a little there, and I pile it together to see what it makes. I have about 4,000 people in my personal network, and not one of them had gotten sick. Not one. You start to hear jokes about, you know, a skydiver jumps out of a plane without a parachute and dies of covid-19. You start to think: “Something’s really fishy here.” You start dismissing and denying.

I told my family: “Come on. Enough already. Let’s get together and enjoy life for once.”

They all came for the weekend. We agreed not to do any of the distancing or worry much about it. I mean, I haven’t seen my mother in months, and I’m not supposed to go up and hug her? Come on. We have a two-story house, so there was room for us to all stay here together. We all came on our own free will. It felt like something we needed. It had been months of doing nothing, feeling nothing, seeing no one, worrying about finances with this whole shutdown. My partner had been sent home from his work. I’d been at the finish line of raising $3.5 million for a new project, and that all evaporated overnight. I’d been feeling depressed and angry, and then it was like: “Okay! I can breathe.” We cooked nice meals. We watched a few movies. I played a few songs on my baby grand piano. We drove to a lake about 60 miles outside of Dallas and talked and talked. It was nothing all that special. It was great. It was normal.

I woke up Sunday morning feeling a little iffy. I have a lot of issues with sleeping, and I thought that’s probably what it was. I let everyone know: “I don’t feel right, but I’m guessing it might be exhaustion.” I was kind of achy. There was a weird vibration inside. I had a bug-eye feeling.

A few hours later, my partner was feeling a little bad, too. Then my parents. Then my father-in-law got sick the next day, after he’d already left and gone to Austin to witness the birth of his first grandchild. I have no idea which one of us brought the virus into the house, but all six of us left with it. It kept spreading from there.

I told myself it wouldn’t be that bad. “It’s the flu. It’s basically just the flu.” I didn’t have the horrible cough you keep hearing about. My breathing never got too terrible. My fever peaked for like one day at 100.5, which is nothing — barely worth mentioning. “All right. I got this. See? It was nothing.” But then some of the other symptoms started to get wild. I was sweating profusely. I would wake up in a pool of sweat. I had this tingling feeling all over my body, this radiating kind of pain. Do you remember those old space heaters that you’d plug in, and the red lines would light up and glow? I felt like that was happening inside my bones. I was burning from the inside out. I was buzzing. I was dizzy. I couldn’t even turn my head around to look at the TV. I felt like my eyeballs were in a fishbowl, just bopping around. I rubbed Icy Hot all over my head. It was nonstop headaches and sweating for probably about a week — and then it just went away. I got some of my energy back. I had a few really good days. I started working on projects around the house. I was thinking: “Okay. That’s it. Pretty bad, but not so terrible. I beat it. I managed it. Nothing worth shutting down the entire world over.” Then one day I was walking up the stairs, and all of the sudden, I couldn’t breathe. I screamed and fell flat on my face. I blacked out. I woke up a while later in the ER, and 10 doctors were standing around me in a circle. I was lying on the table after going through a CT scan. The doctors told me the virus had attacked my nervous system. They’d given me some medications that stopped me from having a massive stroke. They said I was minutes away.

I stayed in the hospital for three days, trying to get my mind around it. It was guilt, embarrassment, shame. I thought: “Okay. Maybe now I’ve paid for my mistake.” But it kept getting worse.

Six infections turned into nine. Nine went up to 14. It spread from one family member to the next, and it was like each person caught a different strain. My mother-in-law got it and never had any real symptoms. My father is 78, and he went to get checked out at the hospital, but for whatever reasons, he seemed to recover really fast. My father-in-law nearly died in his living room and then ended up in the same hospital as me on the exact same day. His mother was in the room right next to him because she was having trouble breathing. They were lying there on both sides of the wall, fighting the same virus, and neither of them ever knew the other one was there. She died after a few weeks. On the day of her funeral, five more family members tested positive.

My father-in-law’s probably my best friend. It’s an unconventional relationship. He’s 52, only nine years older than me, and we hit it off right away. He runs a construction company, and I would tag along on his jobs and ride with him around Dallas. I’ve been through a lot in my life — from food stamps to Ferraris and then back again — so I could tell a good story and make him laugh. He builds these 20,000-square-foot custom homes, but he’d been renting his whole life. We decided to go in together on 10 acres outside Dallas, and he was finally getting ready to build his own house. We’d already done the plumbing and gotten streets built on the property. We’d planted 50 pecans and oaks to give the property some shade. He had his blueprints all drawn up. It was all he wanted to talk about.

He was on supplemental oxygen, but the doctors kept reducing the amount he was getting. They thought he was getting better. He was still making jokes, so I wasn’t all that worried. He told me: “They’ve got you upstairs in the Cadillac rooms because you’re White, but all of us Mexicans are still down here in the ER.” I got sent home, and I had a lot of guilt about leaving him there. I called him at the hospital, and I was like: “I’m going to come bust you out Mission Impossible style.” He said he preferred El Chapo style. We were laughing so hard. I hung up, and a few hours later I got a call from my mother-in-law. She was hysterical. She could barely speak. She said one of his lungs had collapsed and the other was filling with fluid. They put him on a ventilator, and he lay there on life support for six or seven weeks. There was never any goodbye. He was just gone. It’s like the world swallowed him up. We could only have 10 people at the funeral, and I didn’t make that list.

I break down sometimes, but mostly I’m empty. Am I glad to be alive? I don’t know. I don’t know how to answer that.

There’s no relief. This virus, I can’t escape it. It’s torn up our family. It’s all over my Facebook. It’s the election. It’s Trump. It’s what I keep thinking about. How many people would have gotten sick if I’d never hosted that weekend? One? Maybe two? The grief comes in waves, but that guilt just sits.

Read more Voices from the Pandemic‘She’s dead, and I’m quarantined. That’s how the story ends.’Tony Sizemore, on the death of Birdie SheltonRead his story 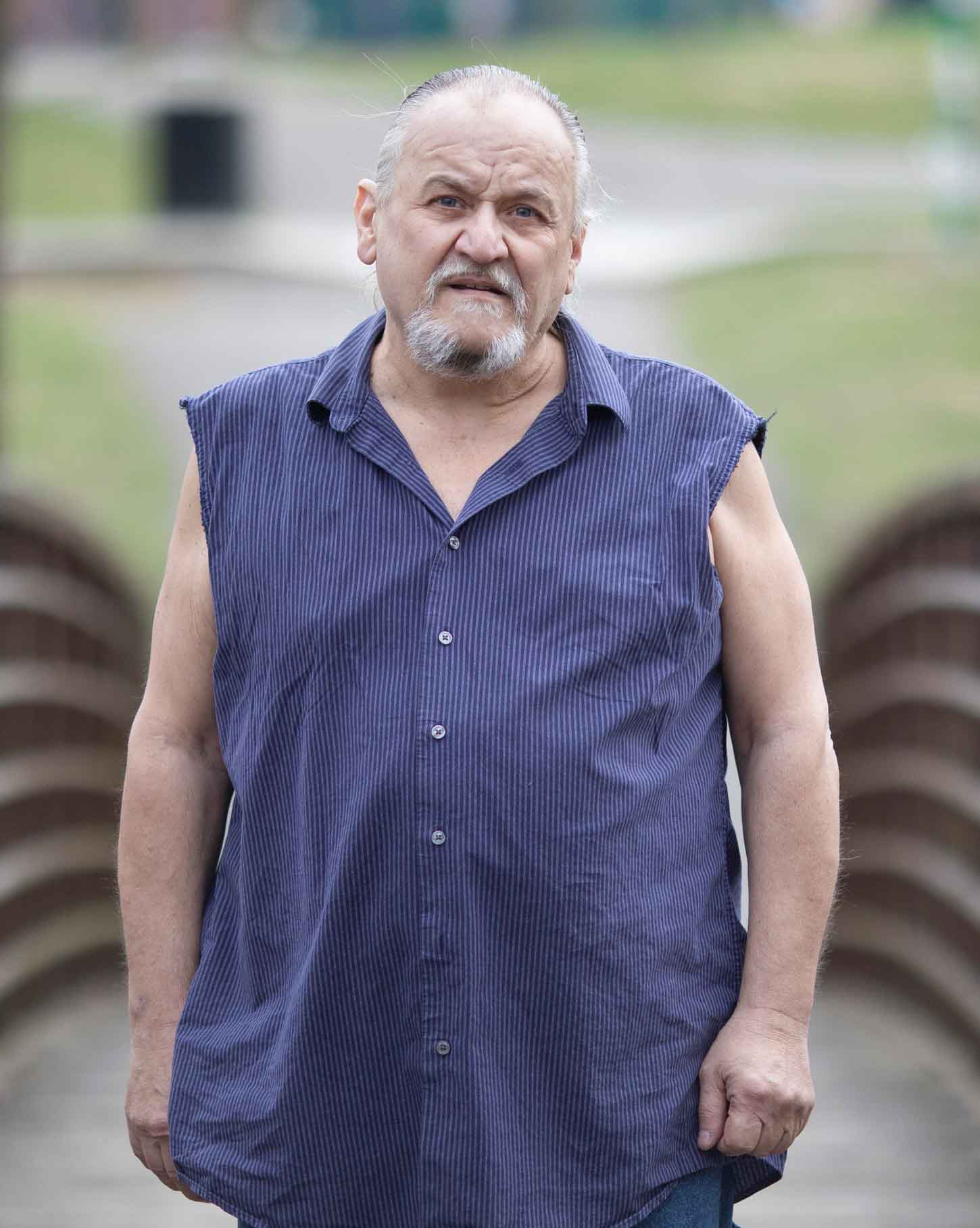 ‘You’re basically right next to the nuclear reactor.’Cory Deburghgraeve, on one of the pandemic’s most dangerous jobsRead his story 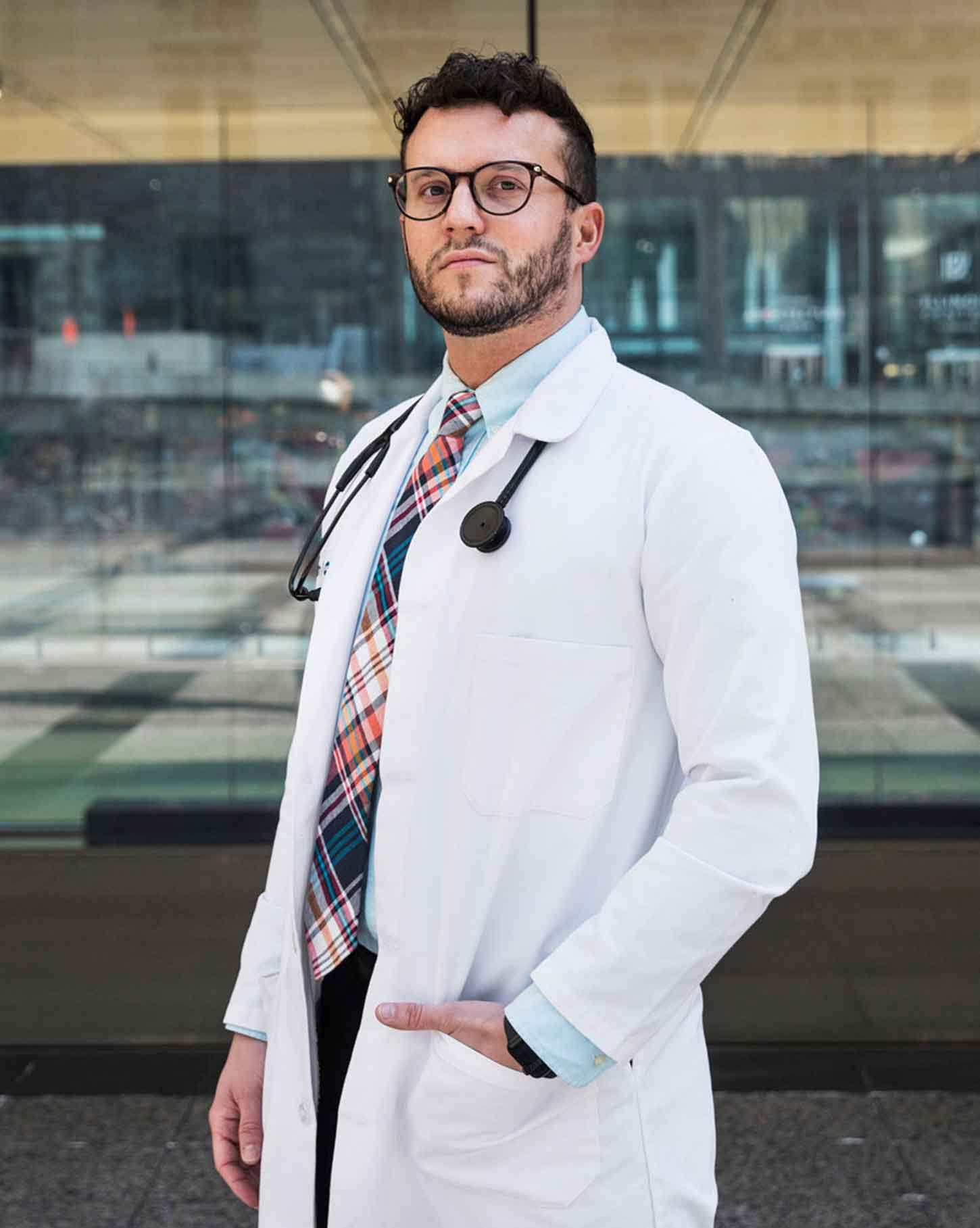 ‘Wearing a mask won’t protect us from our history.’Burnell Cotlon, on his beloved community groceryRead his story 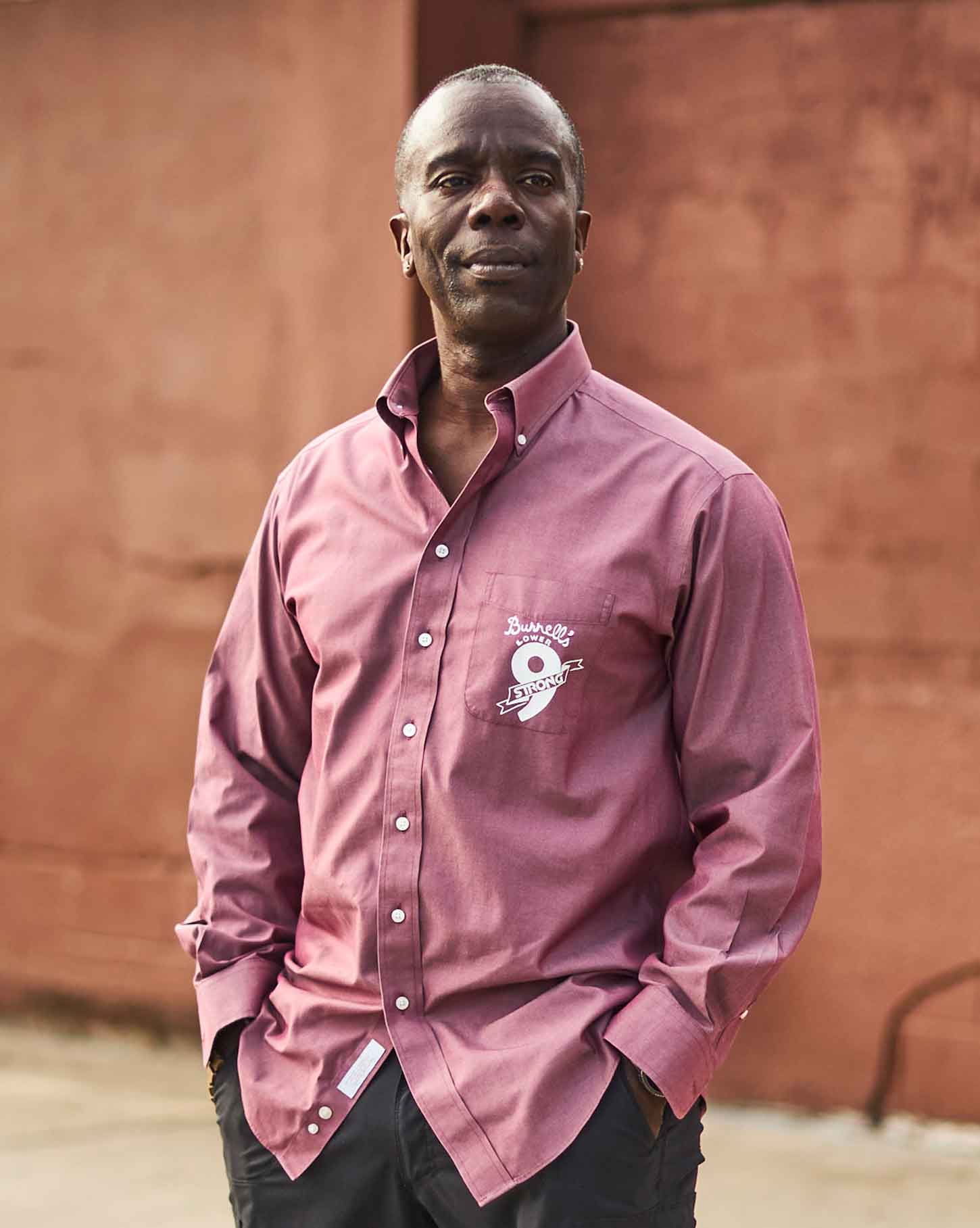 ‘It was impossible. It’s still impossible.’Mikaela Sakal, on being an ER nurse in an overwhelmed hospitalRead her story 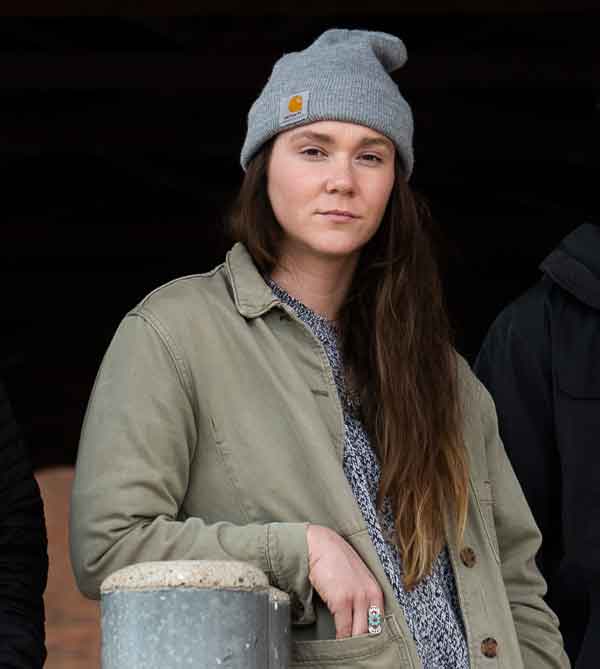 ‘Is this another death I’ll have to pronounce?’Michael Fowler, Dougherty County coroner, on the reopening of GeorgiaRead his story 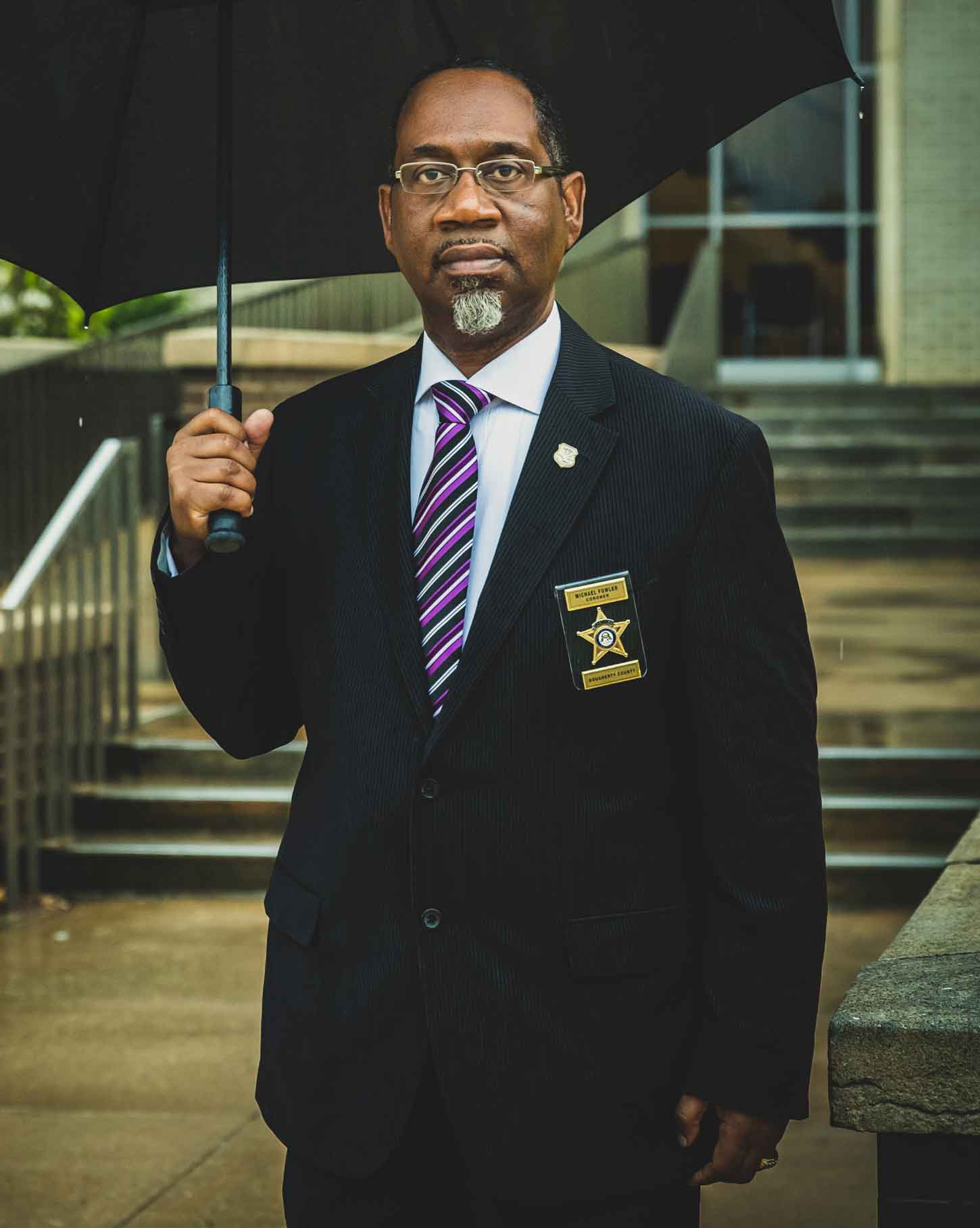 ‘I apologize to God for feeling this way.’Gloria Jackson, on being 75, alone, and thought of as expendableRead her story 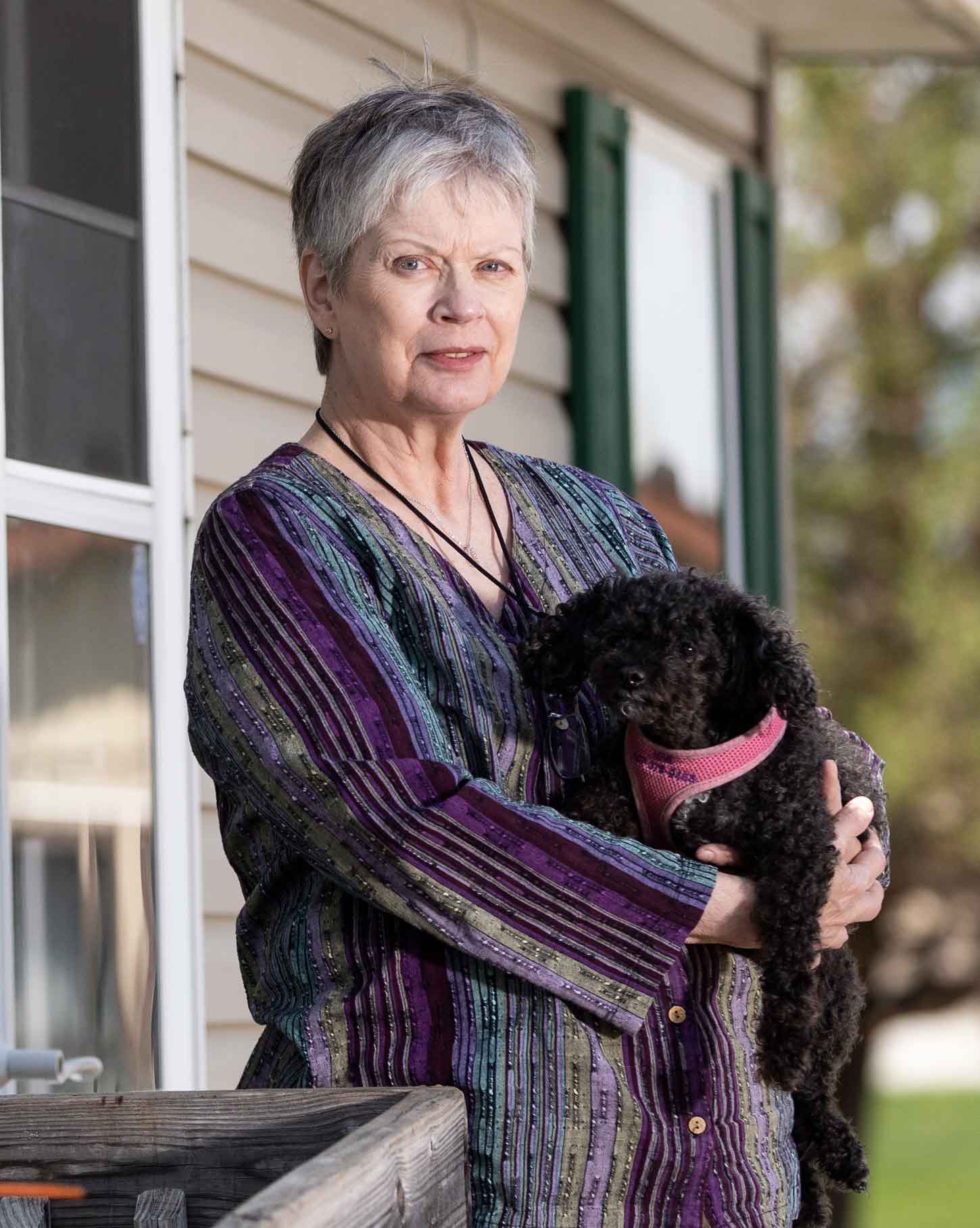 ‘How long can a heart last like this?’Darlene Krawetz, on what life becomes when covid-19 won’t go awayRead her story 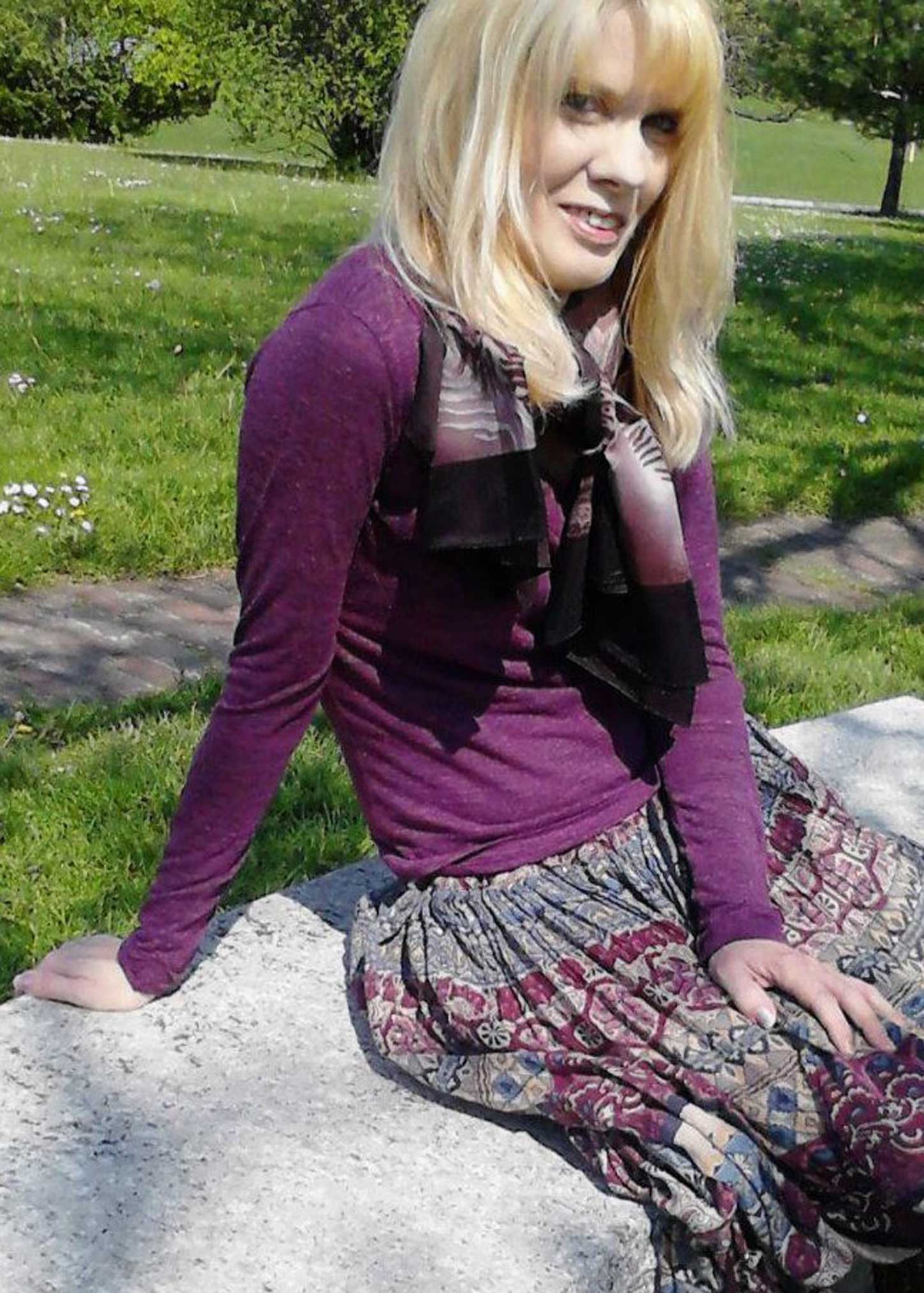 ‘The fires were everywhere’Paul Swann, on the death of his mother, Darlene KrawetzRead his story 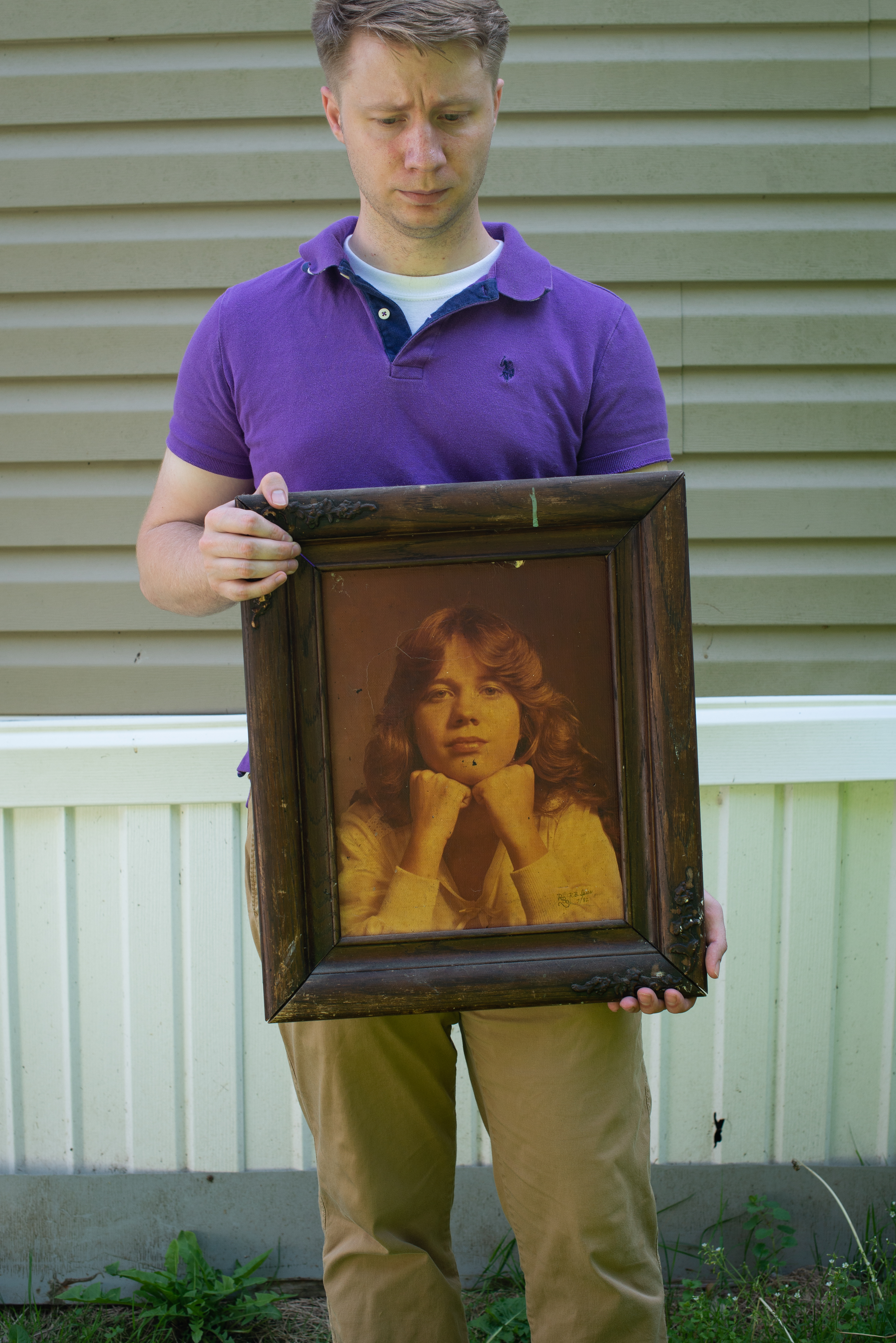 ‘But what happens if they run out?’Johnny Rivero, on his first time standing in a food lineRead his story 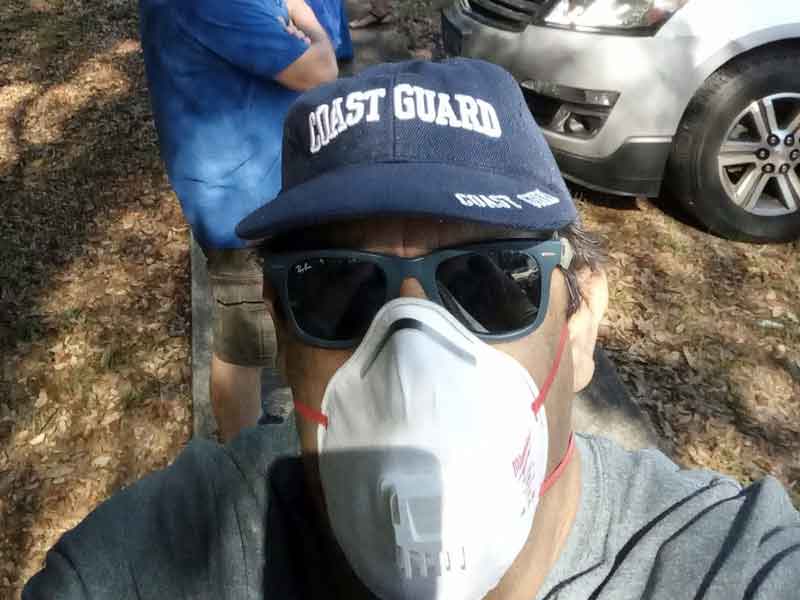 ‘It was me. I know it was me.’Francene Bailey, on passing the coronavirus to her motherRead her story 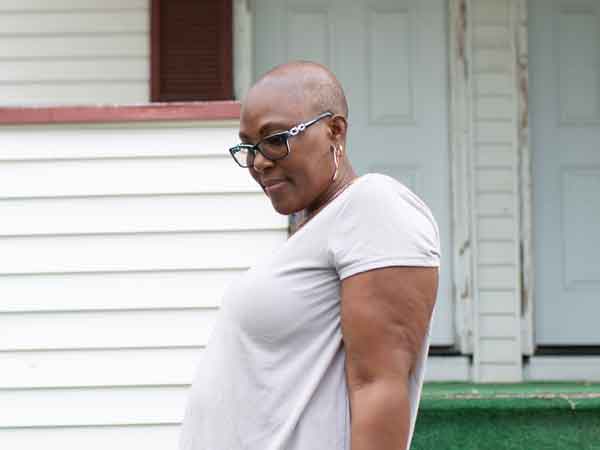 ‘Heroes, right?’Anthony Almojera, on being a New York City paramedic and the injustices of covid-19Read his story 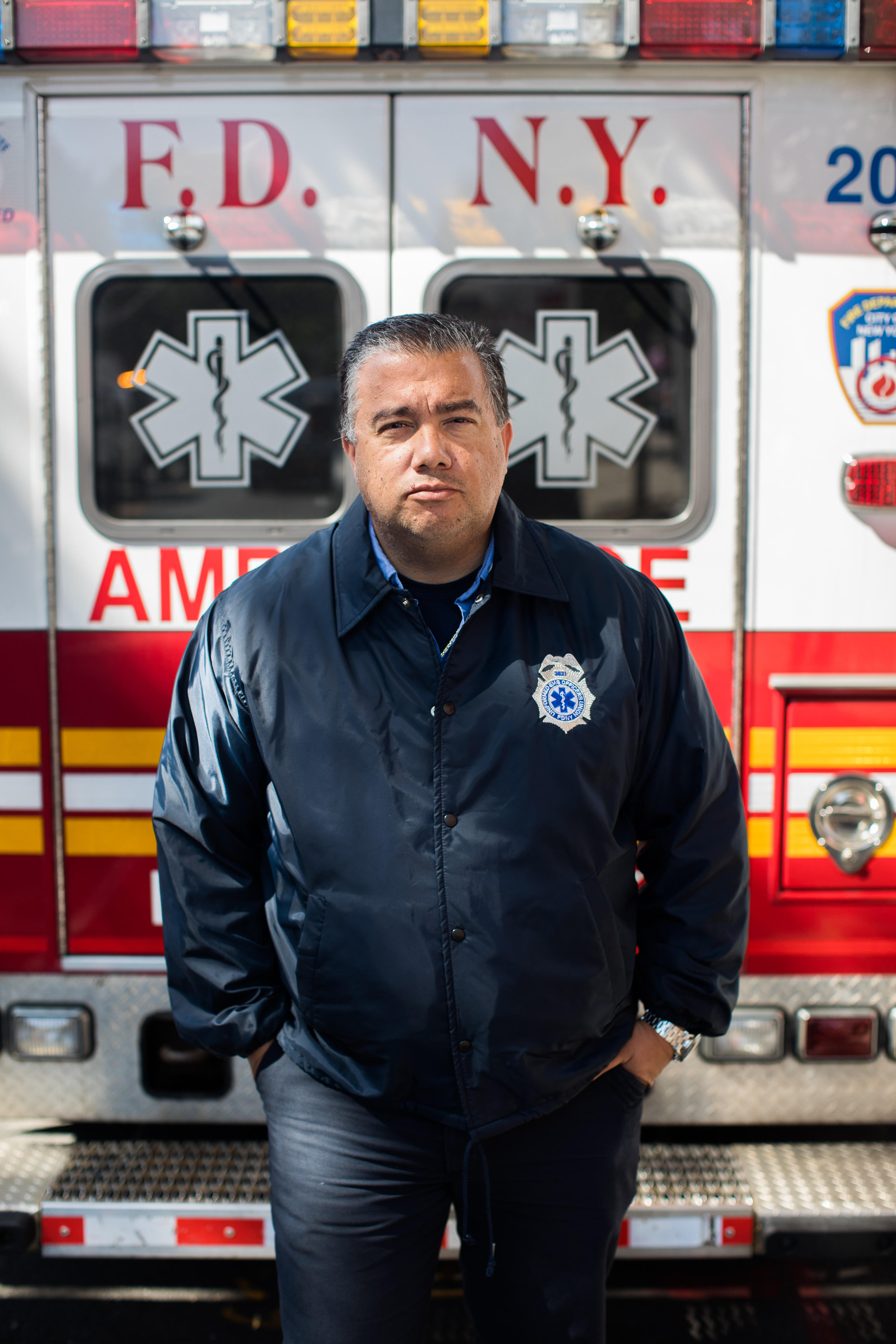 ‘We’re all starved for hope’Ian Haydon, on the trial and error of being injected with a covid-19 vaccineRead his story 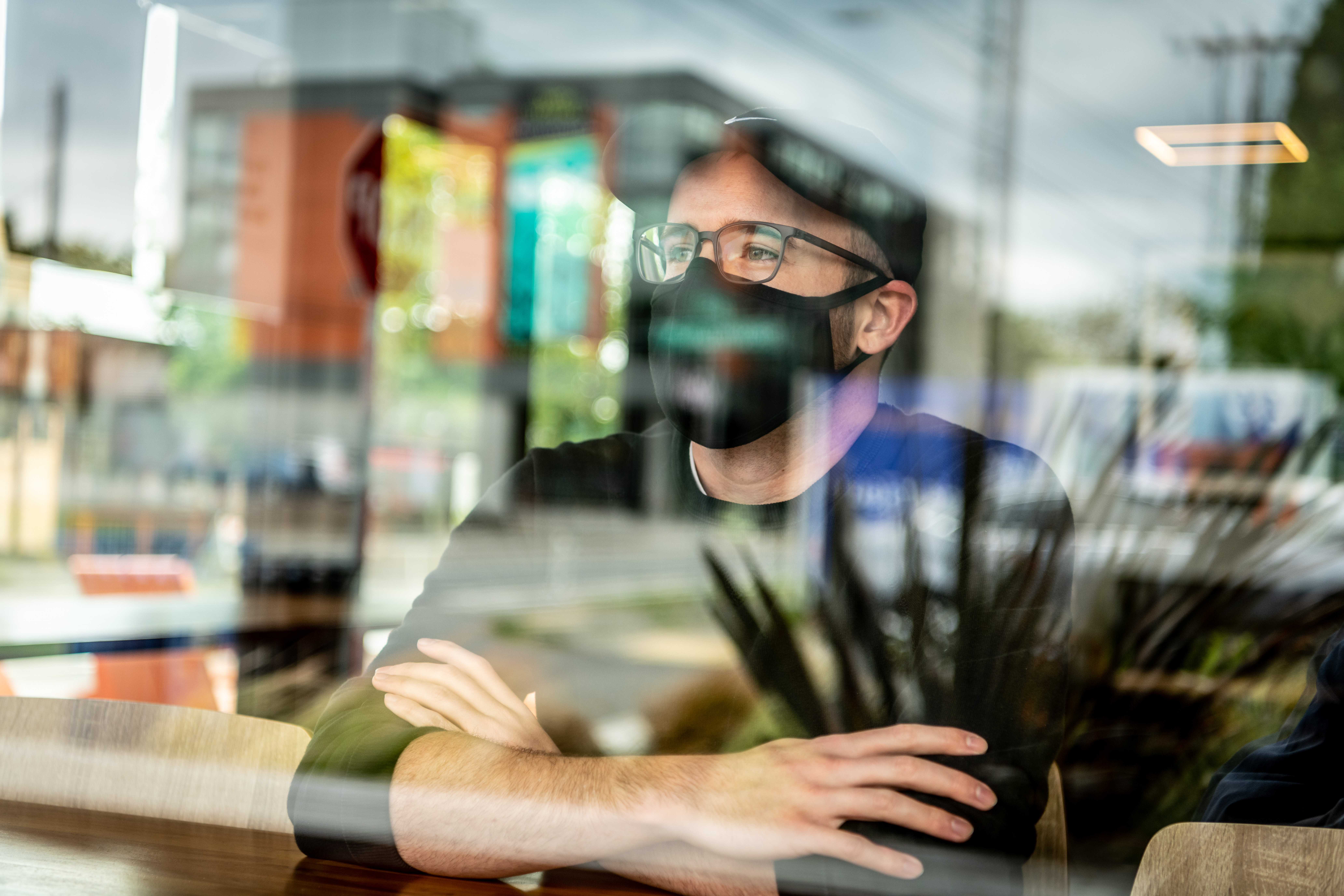 ‘No mask, no entry. Is that clear enough?’Lori Wagoner, store clerk, on trying to enforce a state requirement to wear masksRead her story 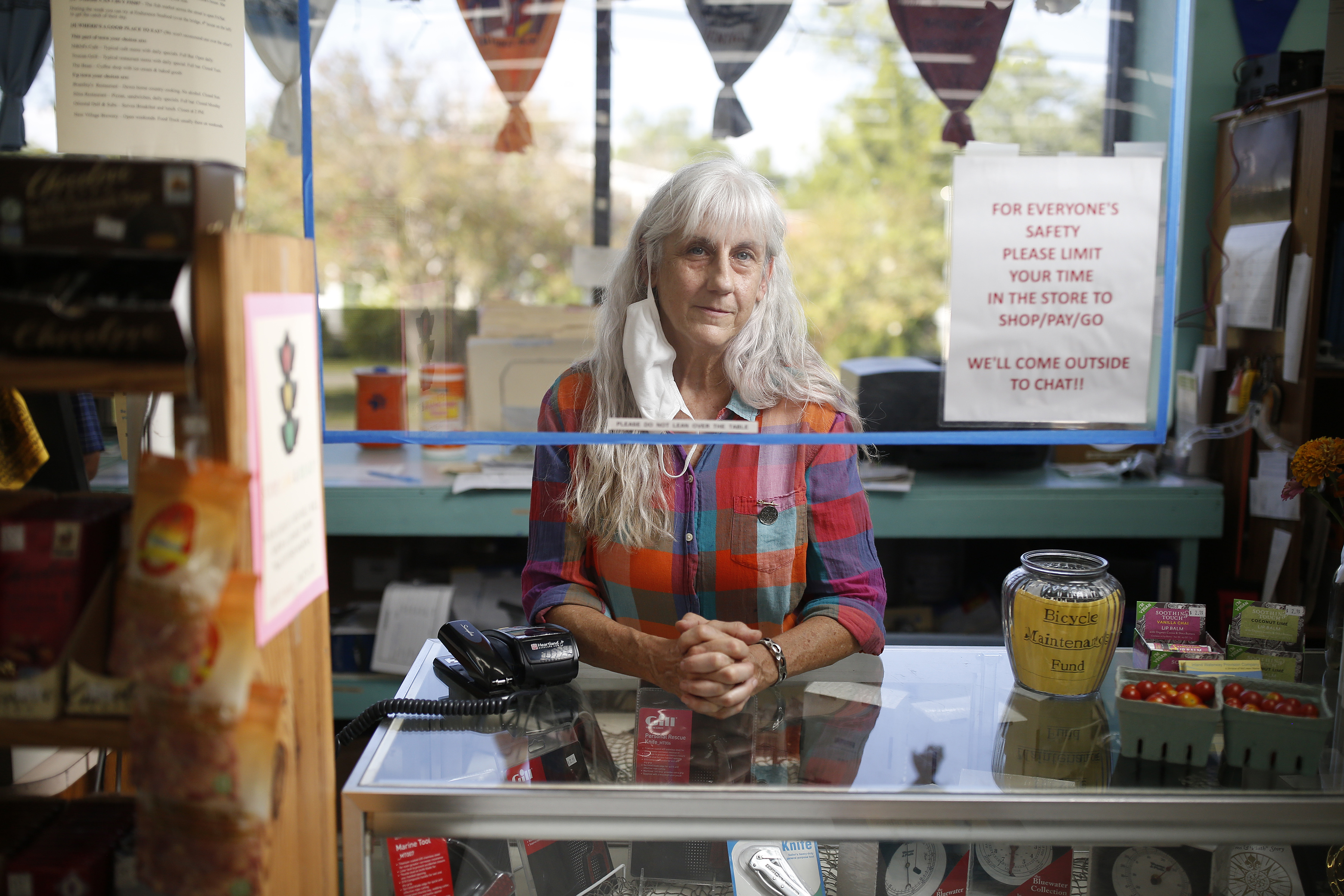 ‘I’m sorry, but it’s a fantasy’Jeff Gregorich, superintendent, on trying to reopen his schools safelyRead his story 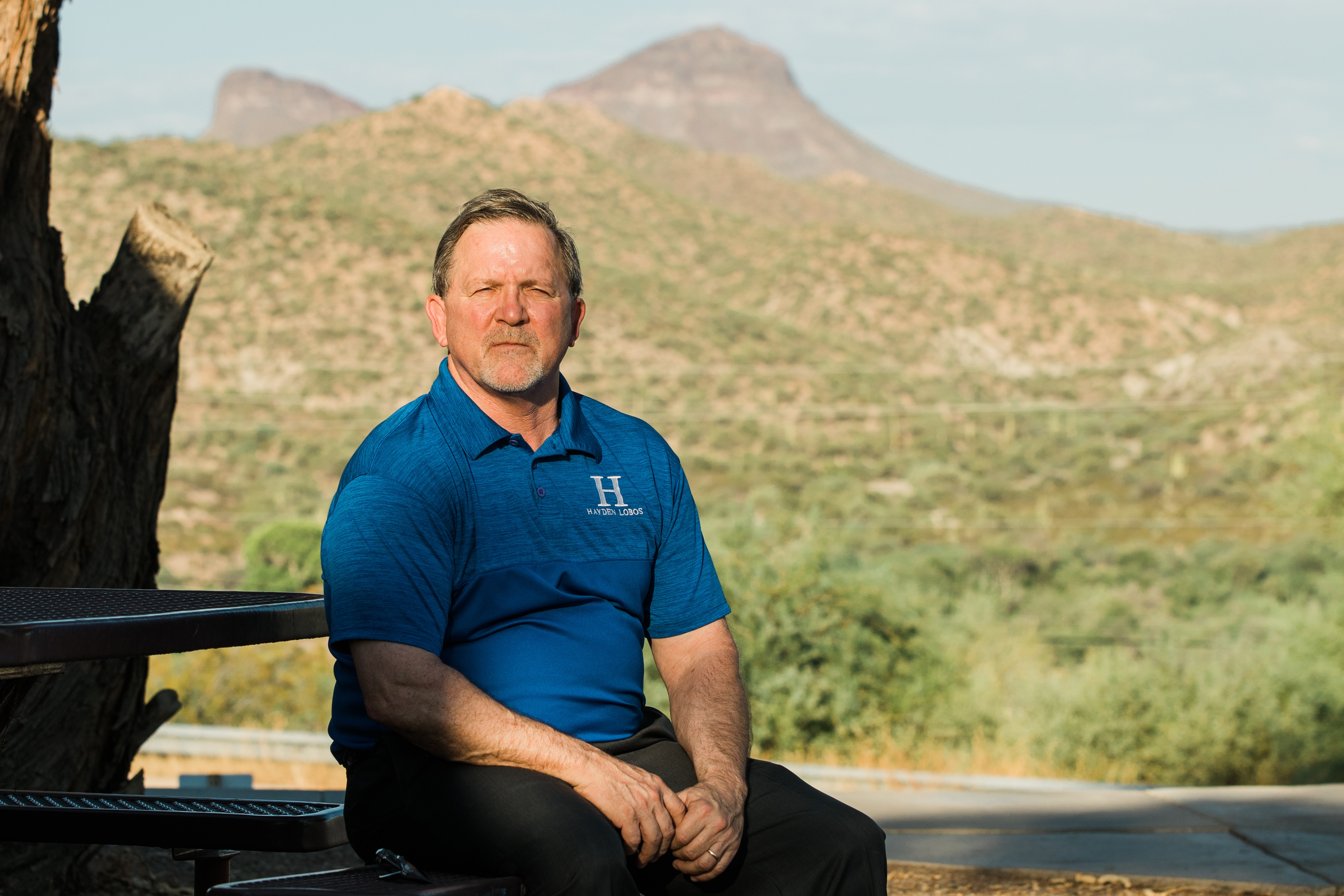 ‘May rent. June rent. Late fees. Penalties.’Tusdae Barr, on being evicted from her home during the coronavirus crisisRead her story 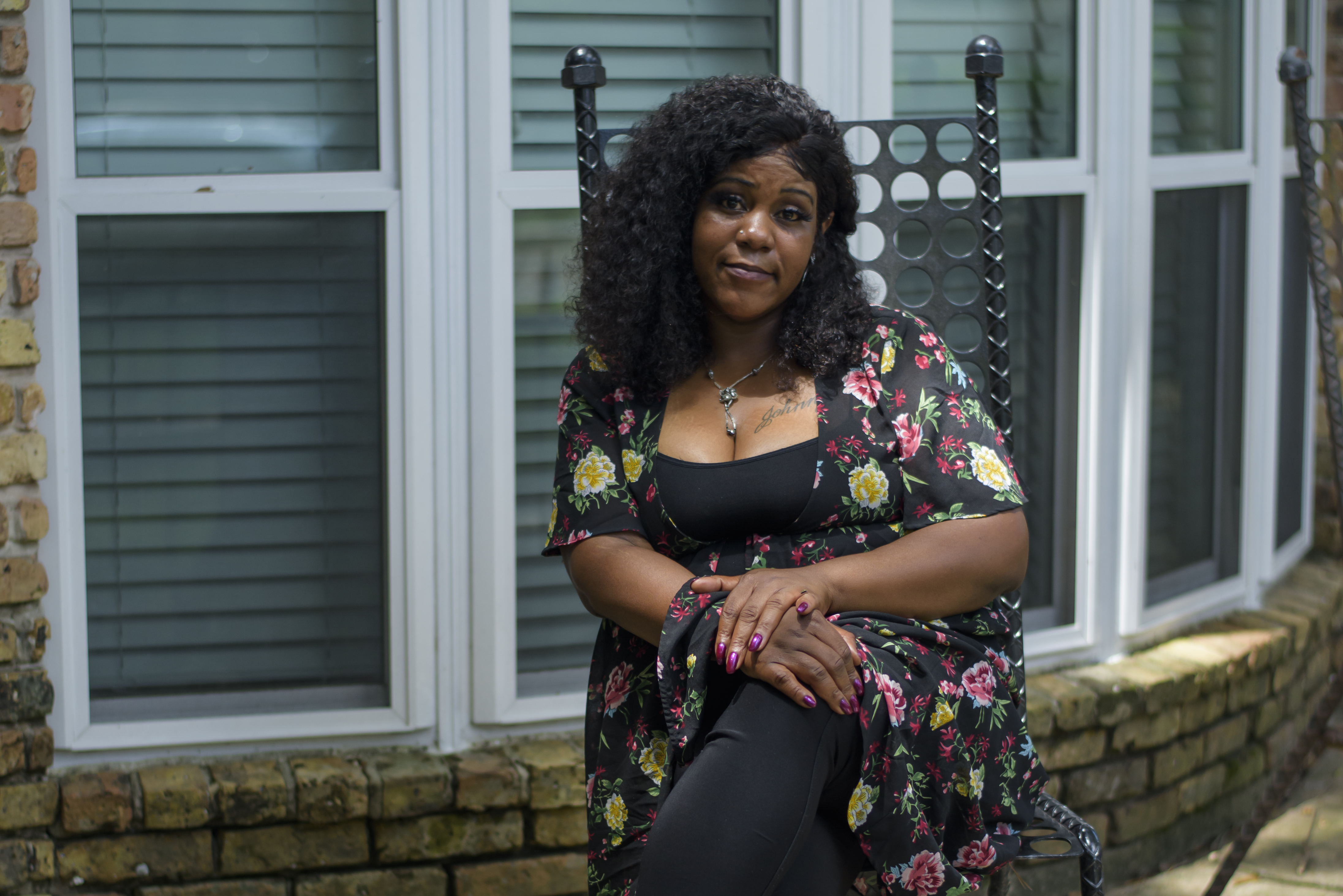 ‘How is this possible? What are the odds?’The Graveson family, on what the coronavirus has done to themRead their story 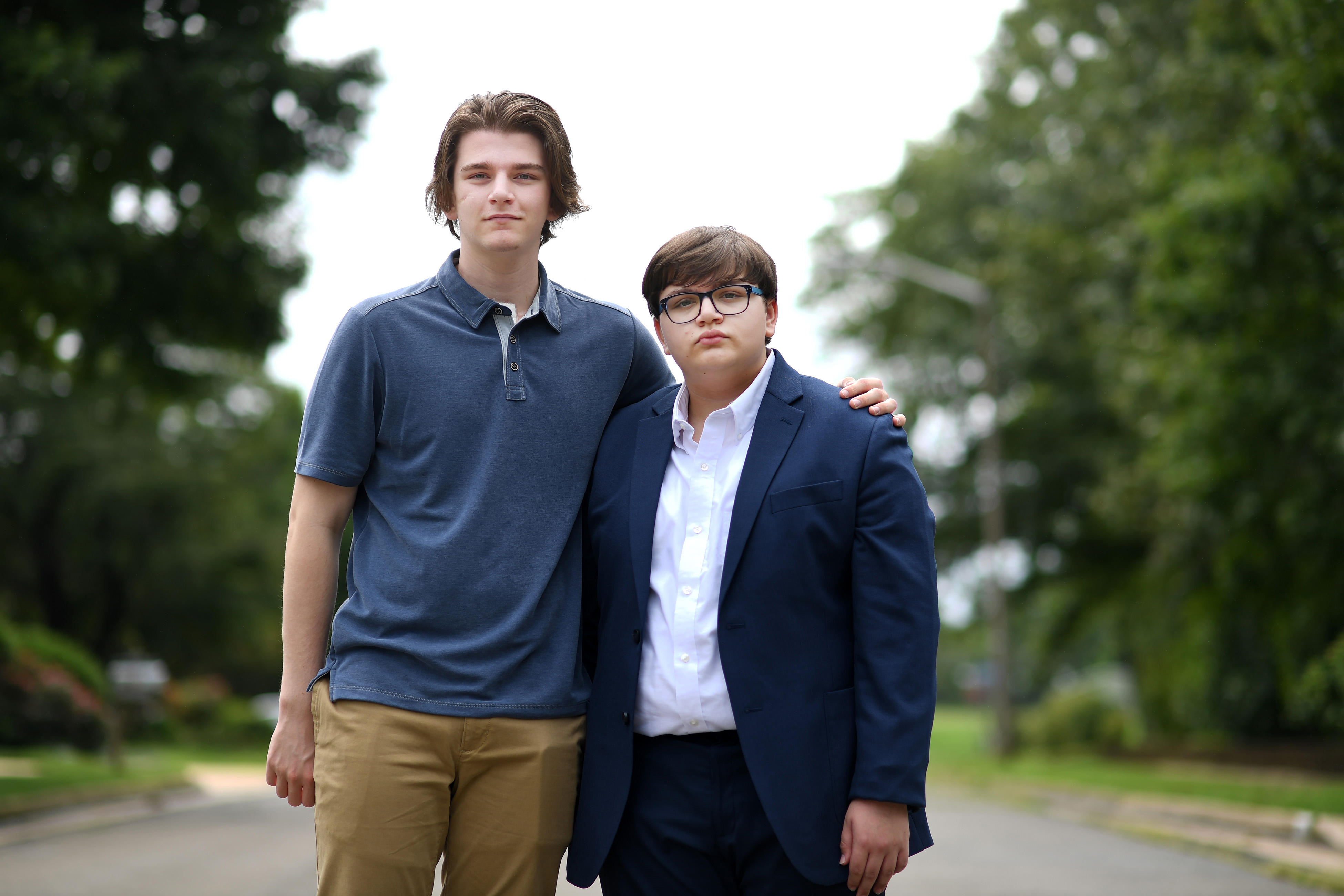 ‘Mom, help help help help!’Jessica Santos-Rojo, on working, teaching, and parenting at home during the crisisRead her story 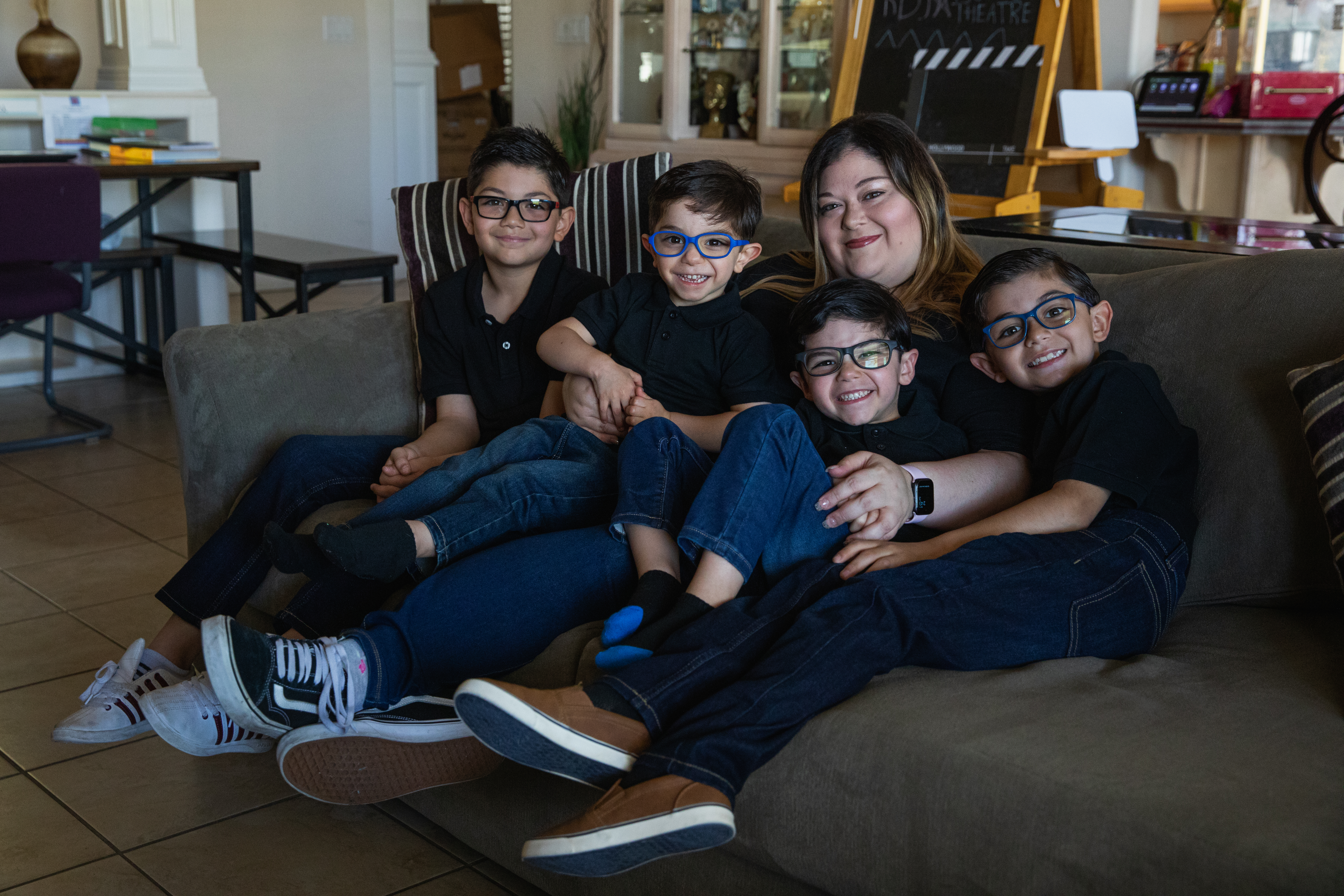 ‘What could possibly go wrong?’Chris Anderson, on the risks of running a presidential election in a pandemicRead his story 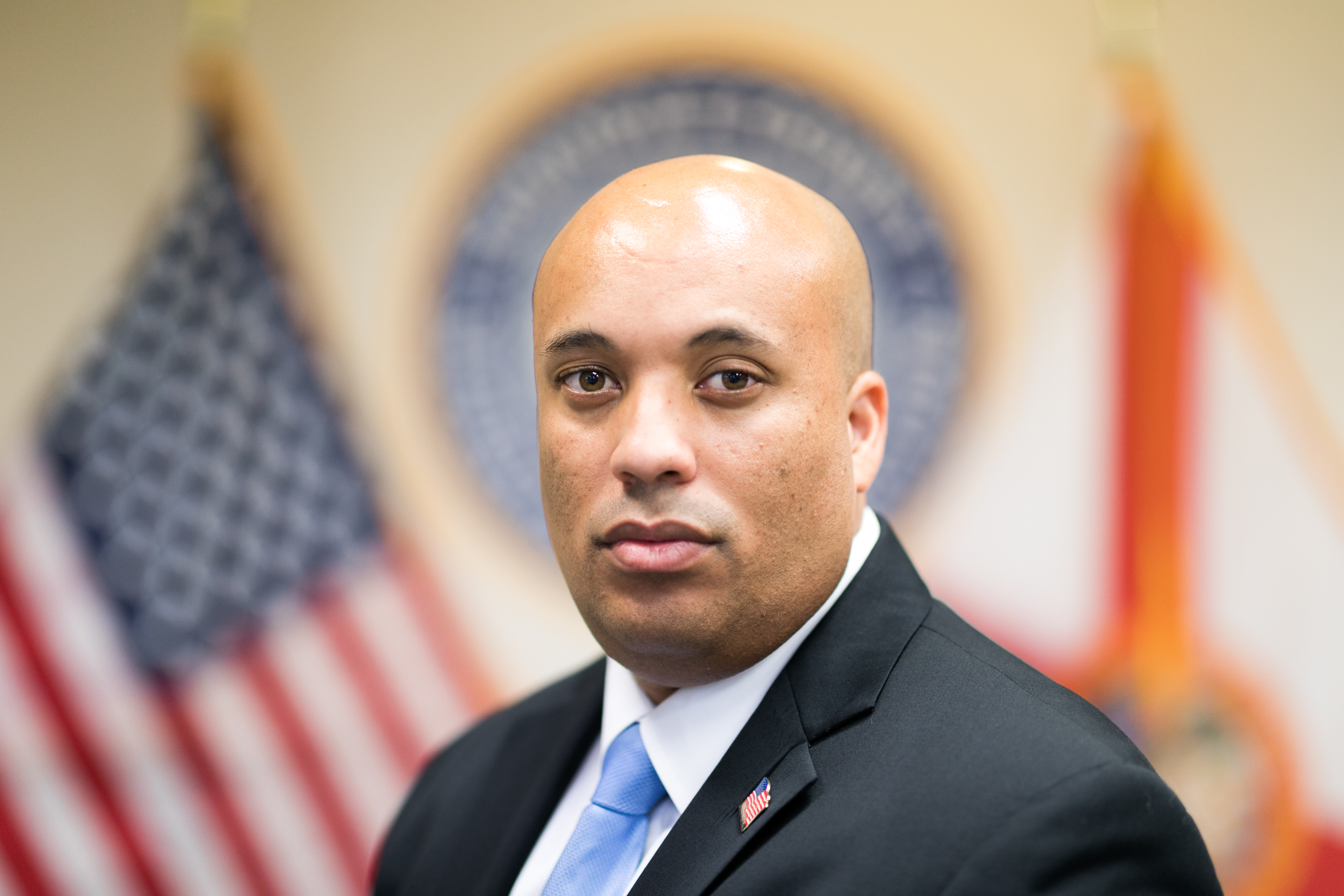 ‘The cure has been worse than the disease.’Mike Fratantuono, on the death of a family businessRead his story 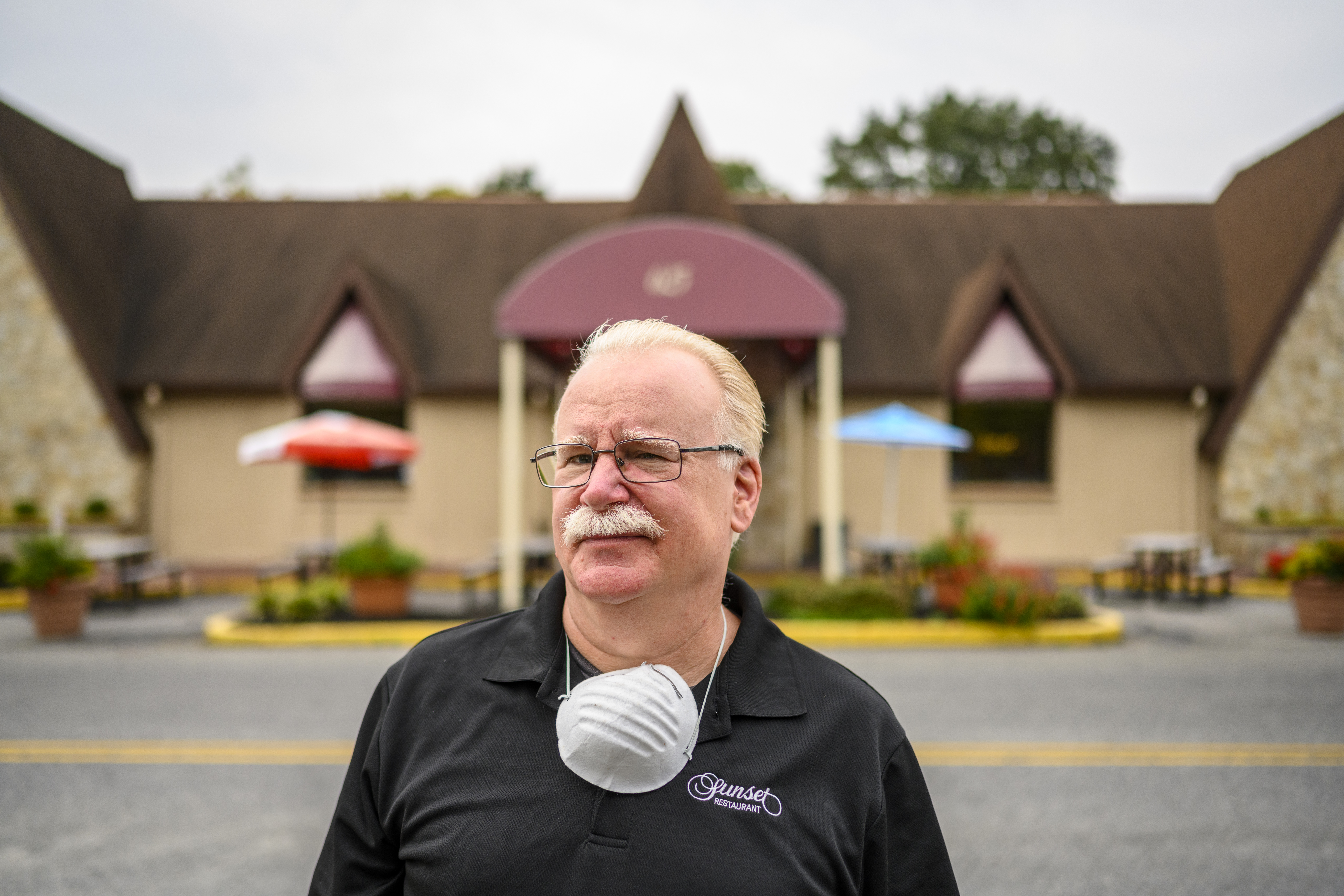 How to help: Your community

FAQ: What you need to know about coronavirus